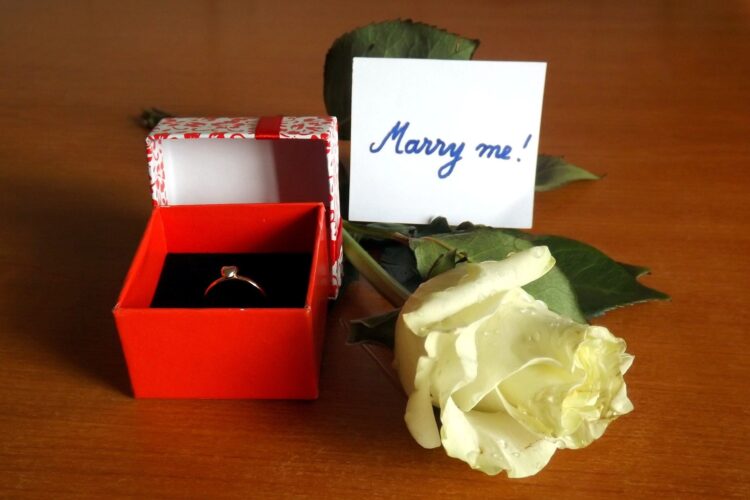 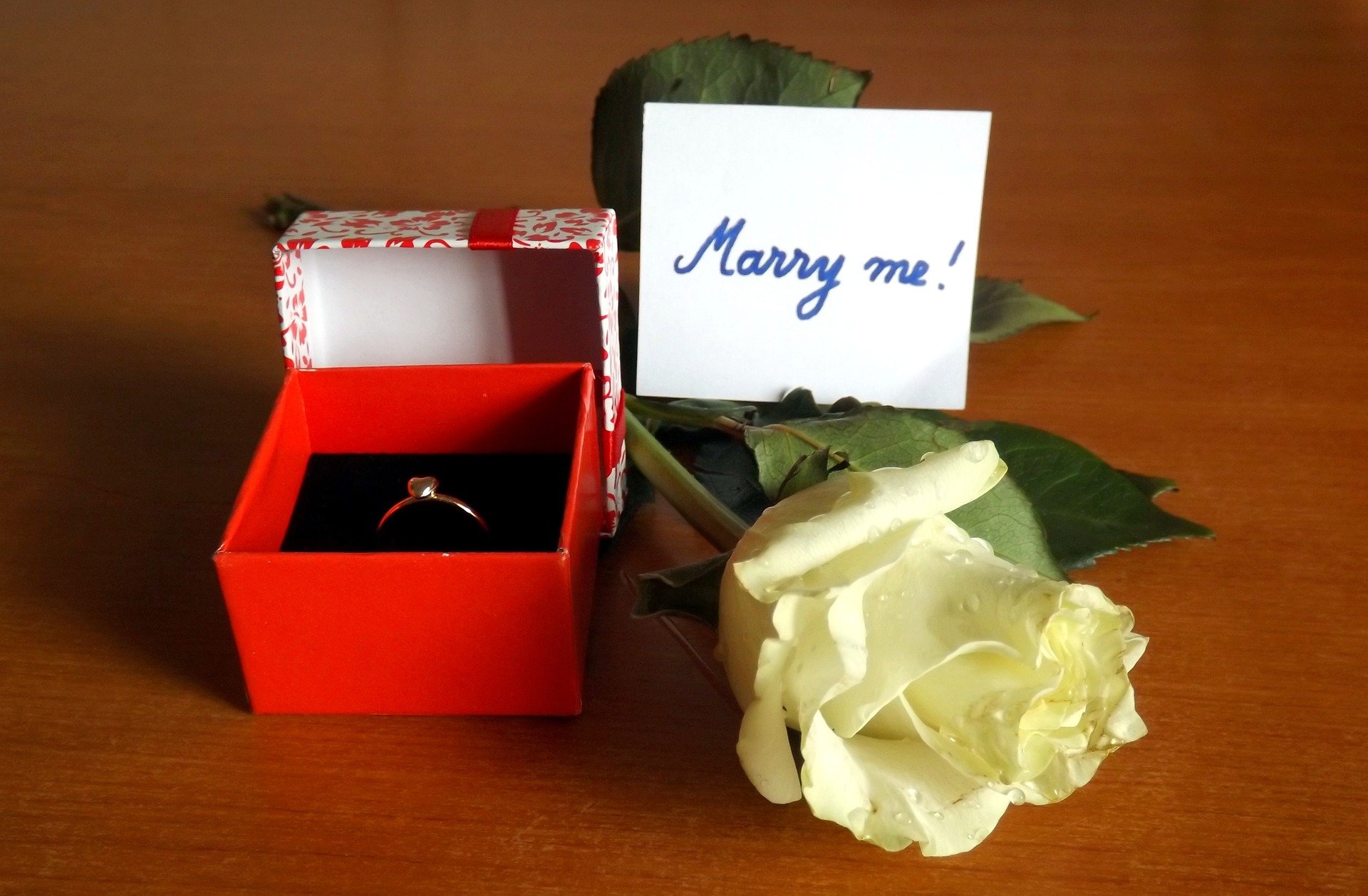 I come from a long line of long, happy marriages. My parents have been married for almost 25 years, and my grandparents were married for the majority of their life. When I met my husband, I knew that this was a man that I wanted to keep forever.

The only problem was that my husband is shy. Not just bashful at public speaking, but painfully shy. On our first date, I thought his name was Alex (it’s Alec), but he never corrected me because he was too shy. Luckily for us, I am a very outgoing, confident woman who is not afraid to ask for what she wants.

I Was Ready to Be Asked

After two and a half years of dating, I was ready. I knew I wanted to get married, and I was pretty sure he wanted to too. Unfortunately, I just couldn’t tell. I thought about all the ways to ask him if he was interested in marriage, but none of them seemed romantic enough. A flat out conversation seemed so business-like for a couple who literally spent seven hours at a donut shop for our second date.

I tried everything I could think of. I created a romantic movie night for the sole reason of exposing him to as many wedding scenes as possible. I talked to my mother about it. My friends even offered to talk to his friends to see if he had mentioned anything at all.

But I knew Alec. Ever the accountant, he wants to make sure everything is exact before doing anything. In January of last year, I decided that enough was enough. If we were going to get married, I was going to be the one to ask.

I Come Up with a Plan

I scoured several local shops in addition to the internet for affordable engagement rings. I knew it sounded strange, considering I had never heard of a woman proposing to a man before. While I was surprised to find a wide variety of affordable women’s engagement rings, I decided to order a basic wedding band for my husband to be. That way, his ring could be more of a symbolic gesture, and then he could buy the actual engagement ring for me.

I knew I would propose on Valentine’s Day. Alec had bought me a red dress at one of my favorite boutique shops for our second anniversary. I planned to wear that dress and a necklace he had given me for our first anniversary. I’d meet him at the restaurant.

I was too nervous to ride in the car with him on the way to the restaurant. I truly have much more appreciation for how hard it is for men to make the first move! I had never been so nervous in my entire life. I had the ring in a classic, black, velvet box with a spring attached inside. I wasn’t going to get down on one knee or anything, but I did want to have the right packaging and ring.

And Then… One of the Happiest Moments of My Life

When we sat down to eat, I could barely get through my first course. After the salad, I knew I just had to go for it. When Alec turned to face me after a quiet spot in the conversation, I could tell he knew there was something up. I might have even been shaking. I took his hand, told him I would always appreciate his true character and love, and asked him to marry me!

He immediately said yes and nearly fell out of his chair. It’s funny because, after a proposal, you never think about the few minutes after it’s over. We were too excited to finish dinner. We called our parents and our friends, and we ended up walking through town just talking about our plans for hours.

After the official engagement, my husband picked out a beautiful ring for me. I had shown him some of the places I’d looked when I searched for his ring, and he knew which rings I’d like the most. I didn’t even need to hint for him to pick out my favorite gold ring with the gems that remind me of his mother’s ring.

Our wedding was a celebration to remember with custom-designed bridesmaids’ dresses and his friends playing songs from their high school band. Even though there are plenty of photographs of that time, I think I’ll always remember the engagement with more excitement. Every time I look at my engagement ring, I know that we both made a conscious decision to move forward with each of our lives in it together.

My husband and I have been married now for several years and have our first child on the way. Because family is what is most important to both of us, we are already looking forward to the day he or she gets married.